Cookies Use
Our site uses cookies. If you don't agree to this, you can learn how to change your cookies settings. Read more about cookies here. Further use of this site will be considered consent.

How Much Will the Fed’s Near-Zero Rates Actually Help Borrowers?

This site is a free online resource that strives to offer helpful content and comparison features to its visitors. Please be advised that the operator of this site accepts advertising compensation from companies that appear on the site, and such compensation impacts the location and order in which the companies (and/or their products) are presented, and in some cases may also impact the rating that is assigned to them. To the extent that ratings appear on this site, such rating is determined by our subjective opinion and based on a methodology that aggregates our analysis of brand market share and reputation, each brand's conversion rates, compensation paid to us and general consumer interest. Company listings on this page DO NOT imply endorsement. We do not feature all providers on the market. Except as expressly set forth in our Terms of Use, all representations and warranties regarding the information presented on this page are disclaimed. The information, including pricing, which appears on this site is subject to change at any time. 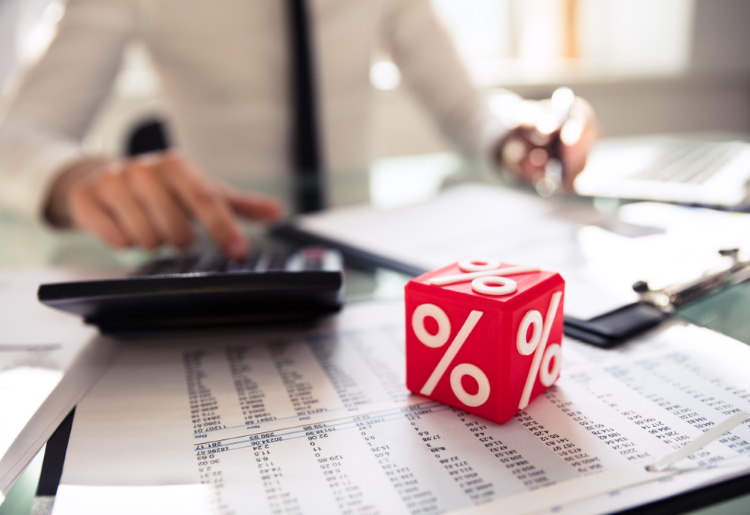 Here is proof that even the darkest clouds have a silver lining. As humanity faces its greatest challenge this century, one small upshot is that borrowing costs will fall.

That’s because of the Federal Reserve’s two emergency rate cuts in March. On March 3, the Fed cut its benchmark rate by half a basis point (0.5%) to 1.25%. And on March 15, it slashed the rate a full point to 0.25%, bringing near-zero rates into place for the first time since the 2008 financial crisis.

Mortgage rates have been heading south for a while; this global crisis will only speed up the process. In late 2018, with the Fed’s benchmark rate at 2.50%, the average rate on a 30-year fixed mortgage was around 5%. In 2019, the Fed gradually lowered rates to 1.75%, causing fixed mortgage rates to fall too.

After the two March 2020 emergency cuts, an average 30-year fixed mortgage now stands at 3.65% (at last count). The cost of a fixed mortgage would be lower if not for the fact that lenders have temporarily hiked rates to manage the sudden demand for refinancing (which was driven by the record-low average rate of 3.29% reached at the start of March). The downward trend should resume in the next couple of weeks as lenders clear backlogs of refinance applications.

Should you get a purchase loan now? With mortgage rates pointing down, home buyers may be wondering whether to lock rates now or wait for an even better deal. This is a win-win situation. At current rates, you’d be getting a better deal than virtually any other time in history. Hold you breath a little while longer and you may score even better rates (not to mention lower house prices, if analysts’ predictions of up to a 35% fall in home sales come true)

Should you refinance a mortgage now? Refinance applications are up more than 400% from one year ago as home buyers rush to cash in on near-record low rates, according to the Mortgage Bankers Association. Black Knight, a company that collects data on the mortgage industry, estimates more than 19 million home owners will benefit from a refinance if mortgage rates fall to 3%. But if mortgage rates somehow climb back toward 4%, the number of refi candidates will be less than 7 million.

There’s a reason personal loans have become so popular among consumers in recent years. After trending at 12-20% for most of modern history, the average rate for a two-year personal loan has stayed close to 10% since the 2008 financial crisis. Personal loans hit an all-time low of 9.45% in November 2016. This date is notable because it is also when the Fed started pulling back from the near-zero rates it introduced after the financial crisis.

The Fed’s near-zero decision won’t affect other types of debt resolution. However, if you find yourself unable to pay off all your debts, the current economic crisis could give you bargaining power. In theory your creditors could sue you for the amount, but it’s usually easier for them to just accept partial repayment. Given the forecasts of an oncoming recession, creditors may become more willing to cut their losses and accept partial repayment. One word of warning: debt resolution should only be considered as a last resort because of the damage to your credit score.

Business loans come in many forms, with two of the most popular being standard business term loans and SBA loans.

Should you get a business loan now? Rates for business loans are currently low by historical standards. Of course, the answer to this question depends on how your business is holding up in these tough economic conditions. For some businesses, a loan may be essential to maintaining cashflow or staying afloat. If this describes your business, at least you can obtain funds at relatively low borrowing rates.

Like business lenders, private student loan lenders link their rate to prime or LIBOR. Both prime and LIBOR closely track the Fed’s benchmark rate. Therefore, it stands to reason that the lower the Fed rate, the lower student loan rates.

There is no official data on average student loan rates, but data from the Credible marketplace gives us an idea. In the year ending May 31, 2018, the average interest rate for Credible borrowers was 6.17% for a 5-year variable-rate loan and 7.64% for a 10-year fixed-rate loan. Given how far the Fed rate has fallen, it’s safe to say student loan rates will be lower now too.

Should you get a private student loan now? Student debt is in the news a lot, but the truth is no two graduate classes are the same. If you’re thinking about getting a new student loan, then you’ll probably pay less than your older siblings or friends. If you’re thinking about refinancing, then your decision depends on your previous rate and whether you have federal and/or private loans. Overall, most student debt holders should be in a position to refinance at current rates.

Taking advantage of the silver lining

Given the chaos in the world right now, nobody can predict for certain where borrowing rates will go from here. But one thing we can be confident about is that the near-zero Fed rates will keep rates low for now. In all likelihood, loan rates will go down before they go back up.

Times have changed in the world of mortgages. Having less than perfect credit is no longer a big red “X” against you when applying for a mortgage. ...
Read More

Mortgage Rates Drop to Lowest in Over a Year

US home prices have risen 7% in the past year, yet it’s cheaper to buy now than at certain points in the last 12 months. How could this possibly be...
Read More

A jumbo mortgage is exactly what is sounds like: A huge loan to buy a house. But “jumbo” is not just in the eye of the beholder; rather, a loan is ...
Read More
Read More Articles